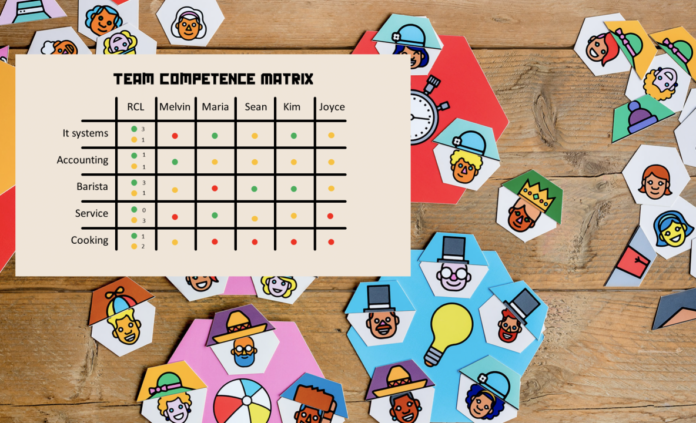 “The Meddlers game is meant to gamify organizational structure and design. In this case I have used the Meddlers game in combination with the Team Competence Matrix to reshuffle an entire department.”

For 2 years I have worked as a Scrum Master / Agile Coach for a large bank in the Netherlands. During this period I have facilitated quarterly evaluation sessions together with colleague Scrum Masters.

On one occasion I was preparing to facilitate a quarterly retrospective in combination with a quarterly futurespective. Together with the department head and other colleagues (Scrum Masters and Product Owners) we prepared the quarterly session

At that time, the department was experiencing uncertainty because of the lack of focus due to not having a clear department vision, product vision & corresponding roadmaps (read more about the Vision Onion for boosting Agility in one of my previous articles). That is when I came up with the idea to prepare the following. 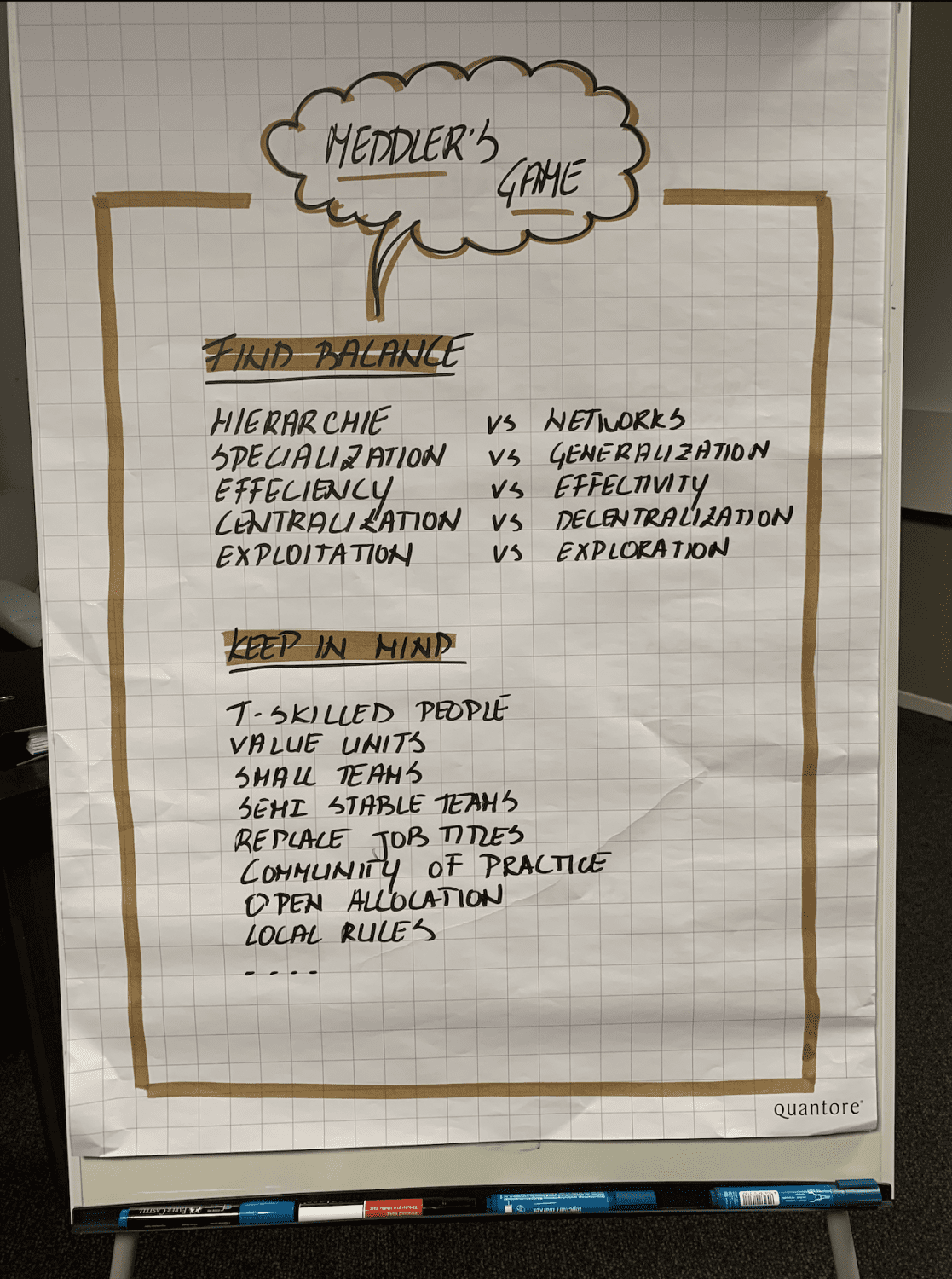 “Management 3.0 distinguishes 5 building blocks for Team Competence. These building blocks should all be available in every team so that a team will be competent enough to add / develop customer value.”

In close communication with the Product Owners, the department head concluded that it was wise to have 6 teams, 2 teams per Product Owner.

I used Meddlers game and the Team Competence Matrix to reshuffle the entire department. 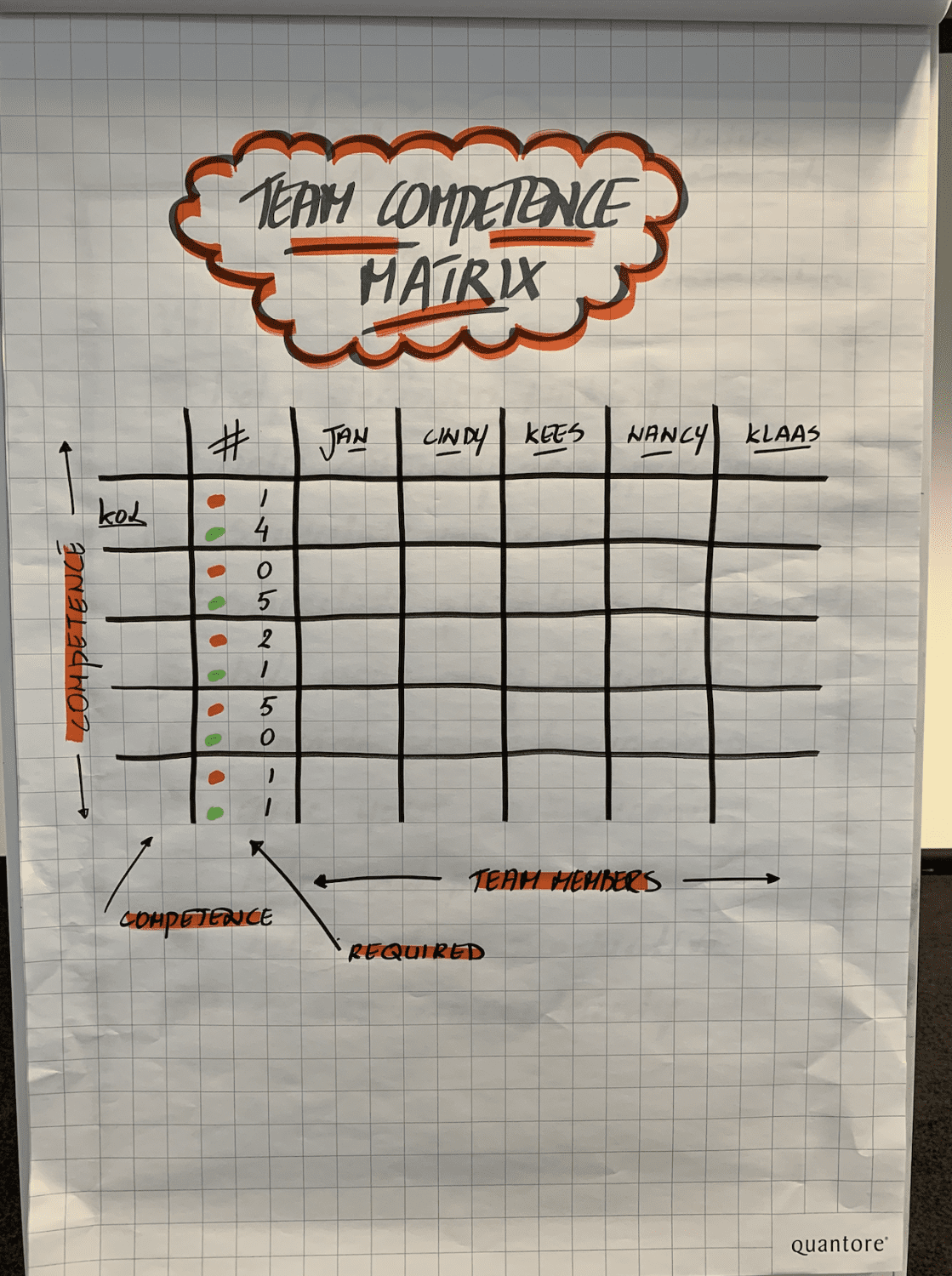 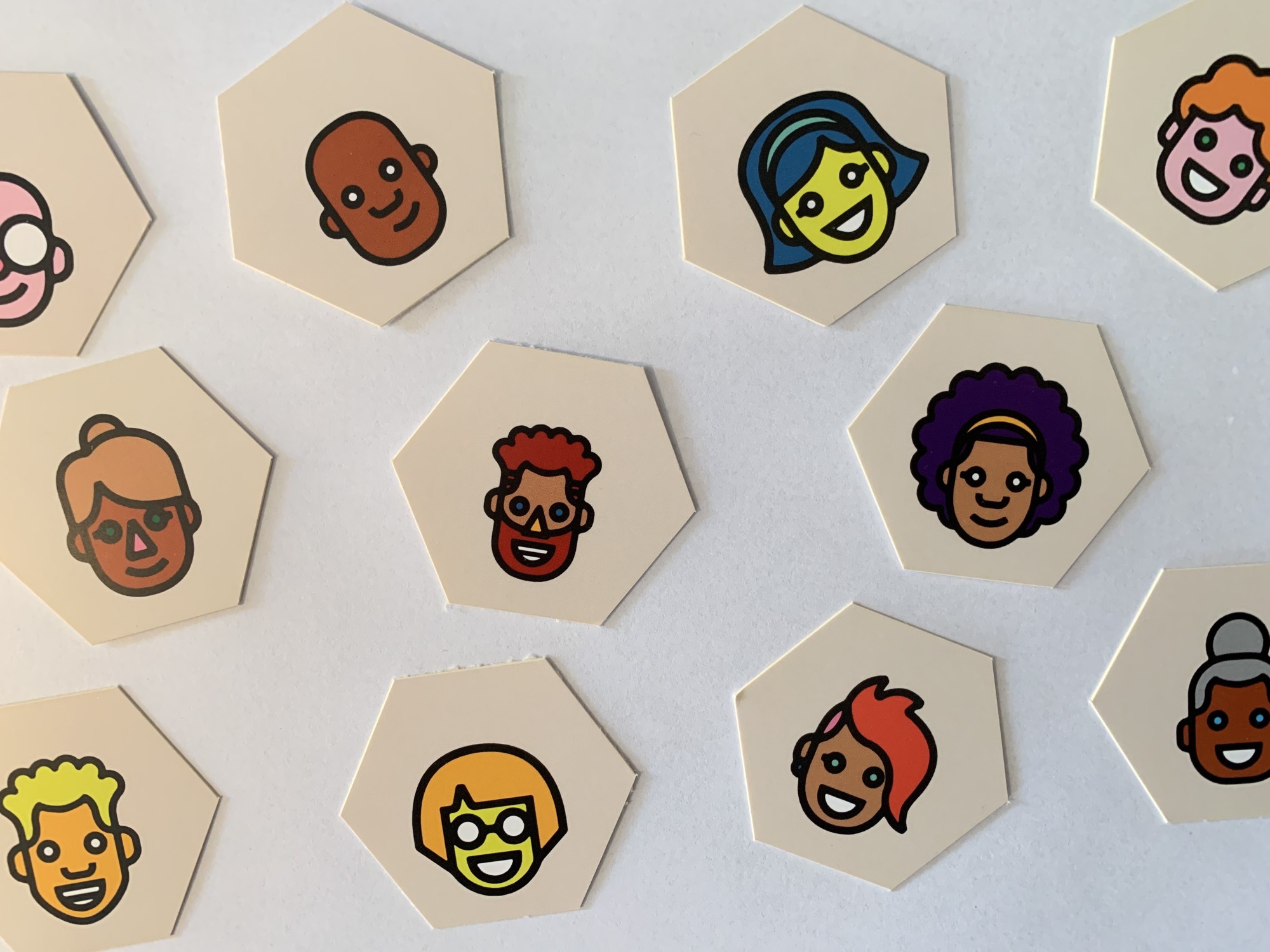 1. I asked everyone to choose a carton “face” that most represented them, write their name on it and place it on one of the 6 teams (carton boards) they felt would most energize them to work in while taking into account two things: a. the visions & roadmaps from the different Product Owners and b. the Team Competence Matrix of the team they wanted to work in.

2. After everyone had decided which team they would like to be in, I asked all newly formed teams to check their corresponding Team Competence Matrix and decide wether they needed someone from another team to join their team to become a more competent team.

3. After playing / using Meddlers game in this way having fruitful discussions on who should be in which team, the department itself came up with a new and balanced department setup with 6 teams of which 1 team needed to be formed from scratch, and the other teams had some competency gaps to fill.

It was very nice to see that people were open minded, were not thinking in “silo’s” and switched from one team to another to jointly optimize all available knowledge and experience to meet the desired competencies to be available as per the applicable Team Competence Matrix. The discussions had led to working more as a family on delivering customer value, based on visions and roadmaps people had listened to, raised their constructive concerns about but in the end all committed to as one department.

It was a great experience and the result was that everyone had an energetic session in which lots of answers were provided to why, what and how questions, making the department more future resiliant.

The next time I will facilitate, coach and mentor more and better at the beginning of an assignment to create awareness about the importance of having a good understanding of the companies mission, vision and strategy. What I have experienced is that people are better engaged and better motivated if these things are clear or at least people are being asked what their opinion is about the company mission, vision and strategy. It helps to boost commitment for the departments OKR’s.

Have fun playing and discussing Meddlers game and the Team Competence Matrix!

What to Do When You Want to Give Up

Why I Love Artists and the Military

Trusting Teams: “I feel that I can be myself!”

The Lucifer Effect – the infinite power of the mind