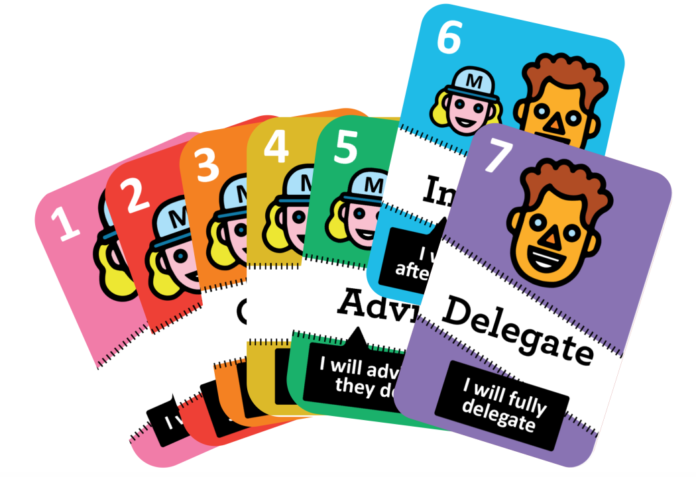 “When working in complex environments with multiple teams and complex customer behavior, decision making and priority setting is very important.”

Considering Dan Pink who talks about that people are looking for Autonomy, Mastery and Purpose, why not find a way to make teams make better decisions and have teams and individuals take ownership of decision making topics and decide about certain topics themselves? Why should a manager decide things when people on the work floor can make far more better decisions about certain topics?

The logic behind this is that delegating as much as possible creates an environment of distributed control compared to control being the sole responsibility of a manager only (command and control).

Delegation Poker and the Delegation Board answers both questions:

1.    How can we empower decision making?

2.    How can we delegate decision making?

I was working for a customer who hired me to facilitate and coach multiple scrum teams to become more self steering and more agile. I was also hired to activate more fun on the work floor and get rid of an extreme command and control culture that had been applied for years.

For long the teams and individuals where told what to develop, how and when. From the moment I started working for this client I noticed that people were somewhat afraid to speak up about how they really felt about things and how things were being decided about. Soon I came to know that just a couple of months before I started working for this client, people had very negative experiences and feelings about the company culture. The culture seemed to have been created and dominated by a CEO who created an extreme culture of command and control which lasted many years. 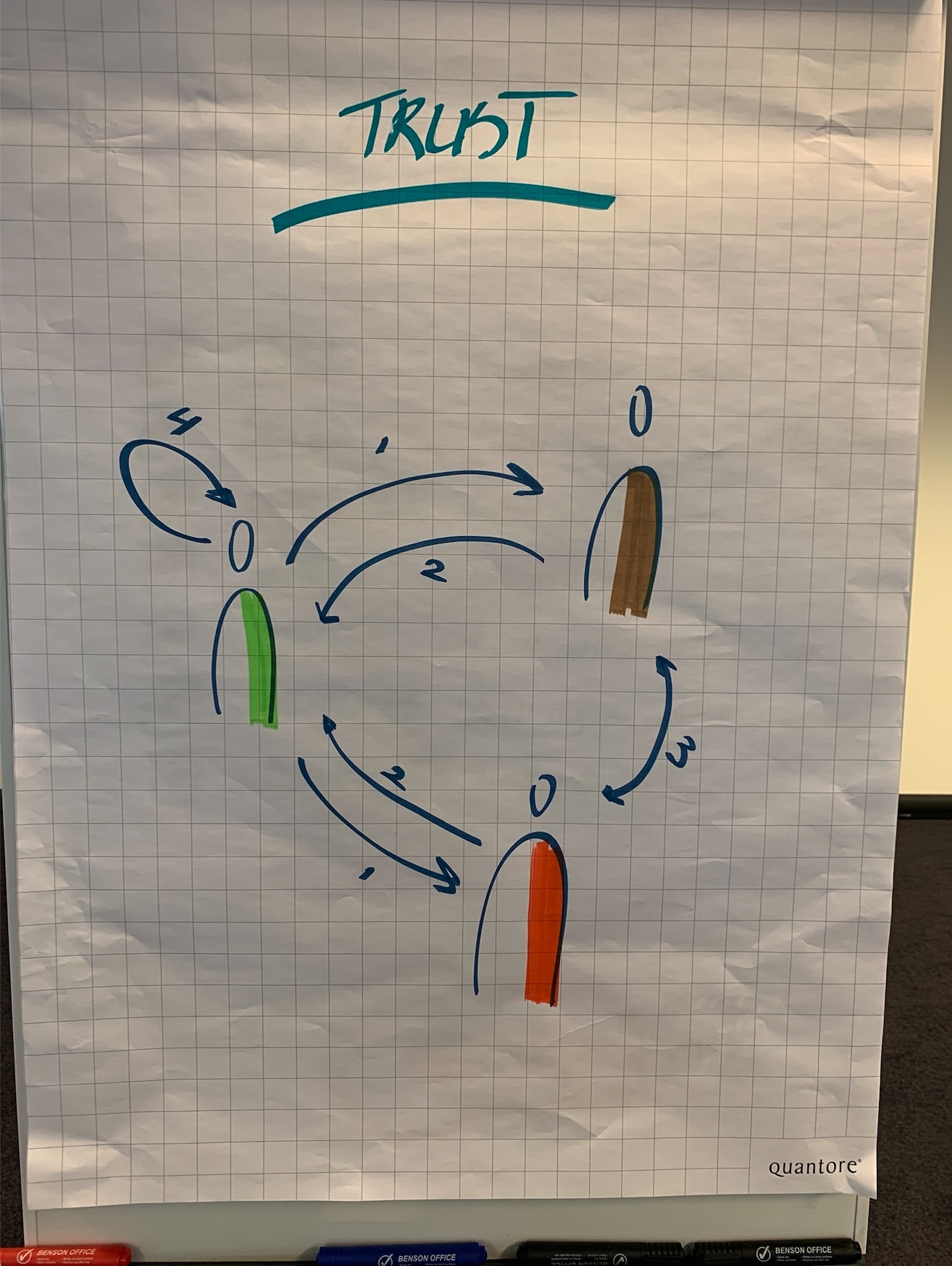 After a couple of months when I started to bond and connect with people and gain trust with everyone, I introduced Delegation Poker and the Delegation Board. At first people were reluctant and in some cases even afraid to actually share with others how they really felt and what they really thought would be right to decide about given a certain topic.

Once I introduced Delegation Poker, and when people started to feel comfortable with a way of working where they finally were allowed and actually were expected to jointly decide about things, fun and energy immediately got a positive boost.

How to play Delegation Poker can be watched in this video from Jurgen Appelo:

The main thing I have learned when introducing Delegation Poker, is not the power of the tool itself and the thinking behind Delegation Poker to empower people to make better decisions, but that building trust amongst people is key for decisions to be taken by people who are actually the ones to take certain decisions because of their knowledge and experience …. and that is quite often not the manager.

After having a couple of Delegation Poker sessions and once people really felt and understood that they were allowed to share their opinions and make suggestions on what they would like to 100% decide about themselves or to what delegation level they wanted decisions to be taken, they eventually and together came up with a filled Delegation Board.

The lessons I have learned are:

And do note that trust has 4 levels:

1.    Trust from the manager towards an employee.

2.    Trust from an employee towards the manager.

I have introduced Delegation Poker a couple of times now and have never experienced resistance from players playing it. I believe that making managers understand the power of collective control versus individual control has led to not having experienced any resistance.

Key is to facilitate good poker sessions where trust and safety are key to be activated.

It does cost some time to make managers and employees fully understand why distributed control makes more sense than individual control. Sometimes it takes a couple of months sometimes just a couple of meetings.

The key element is trust and the main objective is not to have as much control distributed but to have highly motivated and engaged people to work with. Some people are feeling great and expect their manager to tell them what to do, others lose energy from that we of working and want some control and decision power, delegation poker is a great instrument to have good conversations and to boost energy and motivation of everyone.

Build a School in the Cloud

Why everyone needs a coach !

The most important lesson from 83,000 brain scans | Daniel Amen

How to deconstruct racism, one headline at a time

Developing a Growth Mindset – “not yet”

What makes the Highest Performing Teams