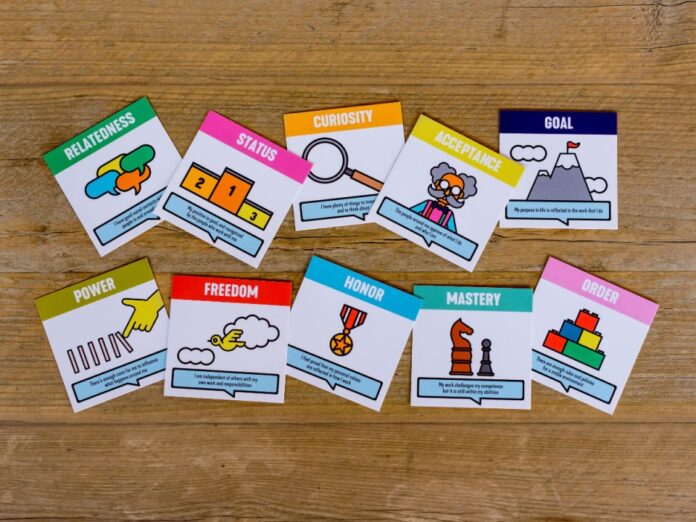 1.    The 16 Basic desires Theory of Steven Reiss, Psychology and Psychiatry professor emeritus at the Ohio State University in Ohio, USA, found out that there are 16 essential needs and values he called “basic desires”, all of which are drives that motivate all humans.

2.    Edward Deci is well known for his Self Determination Theory which can be summarized into 3 basic needs: Competence, Autonomy and Relatedness.

3.    Dan Pink has written the book called Drive: the Surprising Truth About What Motivates Us in which he described that there are 3 elements that drives human intrinsic motivation: Purpose, Autonomy and Mastery. You can watch his TED talk here. 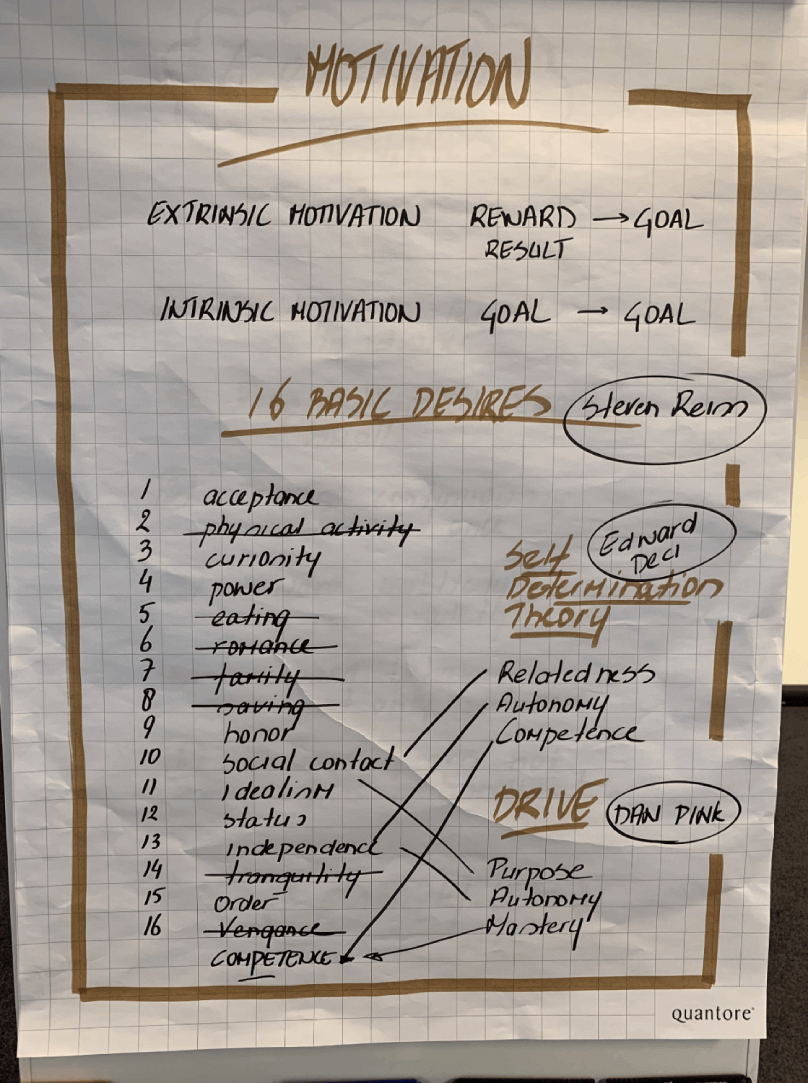 The combination of these 3 theories has resulted into 10 Management 3.0 Moving Motivators: CHAMPFROGS: 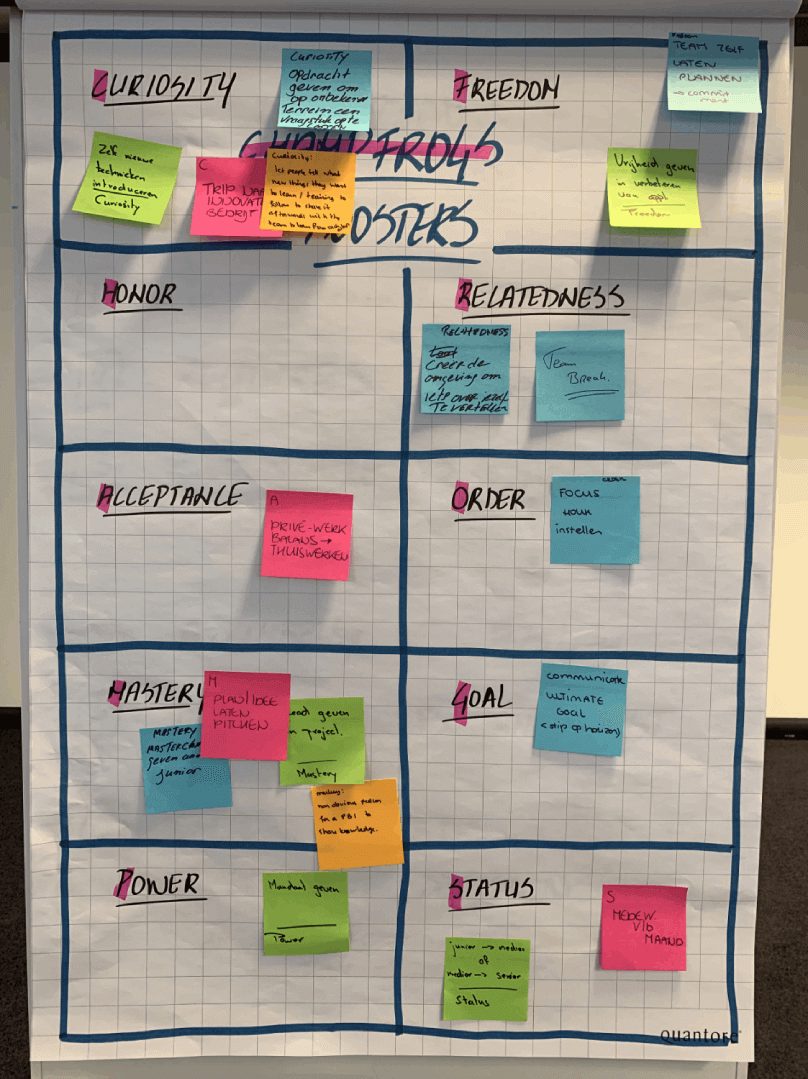 What I have observed and learned is that when playing moving motivators with team members, they start to have more fruitful conversations and gain more understanding about each other’s motivations. This has helped to develop better relationships between people and has shown to be a very positive activator of creating high performance teams.

What I have also learned is that playing Moving Motivators once is very fun to do, but that playing Moving Motivators for a couple of sprints in a row is even more powerful to drive constructive feedback sessions (retrospectives) and get people to really understand each other’s stories on what motivates them which has resulted in less conflict and higher productivity of a team and of team members.

Another thing that makes Moving Motivators very powerful is, asking the team what experiments they could run to boost the energy for people who are being motivated by one or a couple of the CHAMPFROGS, this fuels fun and high performance even more. For example a team came with the idea to boost relatedness by organizing end of sprint drinks and snacks. We have implemented this which indeed resulted in more steady relationships amongst team members but also amongst team members from others teams who where also invited for the end of sprint drinks and snacks.

I have once experienced that someone walked out of the room with the remark that she did not wanted to play games during working hours :-). After this strange moment and after we played moving motivators with the team, she apologized to me and shared with me why she reacted this way. Her reaction was understandable, we had a great conversation and trust started to grow. For years she felt no appreciation from her superiors, she always had to work and deliver on time and when I started working at this company with all my agile stuff, she was thinking “this wil not work here”. But during a couple of weeks after this moment of walking out of the room she became totally relaxed and great energy for the team. We did had a couple of good conversations before she opened up.

All in all, besides tghis one occasion, I have never experienced resistance when introducing or playing Moving Motivators. I do belief that it is important to create a safe environment for people to feel that it is ok for them to be open and transparant about what motivates them and what does not motivates them.

How to Make a Cultural Transformation

How to deconstruct racism, one headline at a time

Developing a Growth Mindset – “not yet”

Build a School in the Cloud

How to Make a Cultural Transformation